When Hillsborough County Deputy John Robert Kotfila, Jr. lost his life to a wrong-way driver on the Lee Roy Selmon Expressway in March of 2016, we wanted to do something to honor his legacy. After we had learned about the strong bond between Deputy Kotfila's and his German Shepard, Dexter, we decided to dedicate the Selmon Greenway dog park in his honor.

Tampa Hillsborough Expressway Authority is excited to announce that the dog park is THEA's first Selmon Greenway Pocket Park, and it is located at 626 N. Raymond Avenue, underneath the Selmon Expressway behind the Bell Channelside Apartments.

The Deputy Kotfila Memorial Dog Park has plenty of room for dogs of all sizes to socialize, with separate play areas for small and large dogs. We installed top of the line canine turf, which is safer for puppy paws, more durable, and requires less maintenance – all under the shade of the Selmon Expressway.

K9Grass, an innovative artificial grass especially designed for pets. Unlike other generic artificial grass, K9Grass is softer and won’t cut or damage the paws of smaller dog breeds. Other innovative elements include water fountains with built-in pet bowls and large bench-style seating throughout the park.

We hope you and your furry friends will enjoy this latest amenity along the Selmon Greenway. 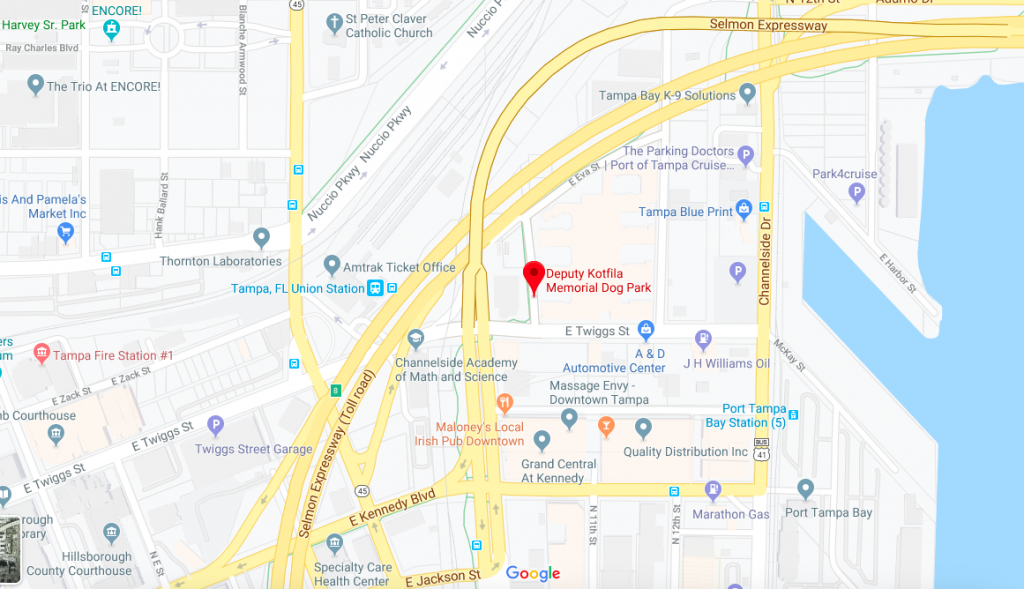