Driving Habits You Should Drop Completely 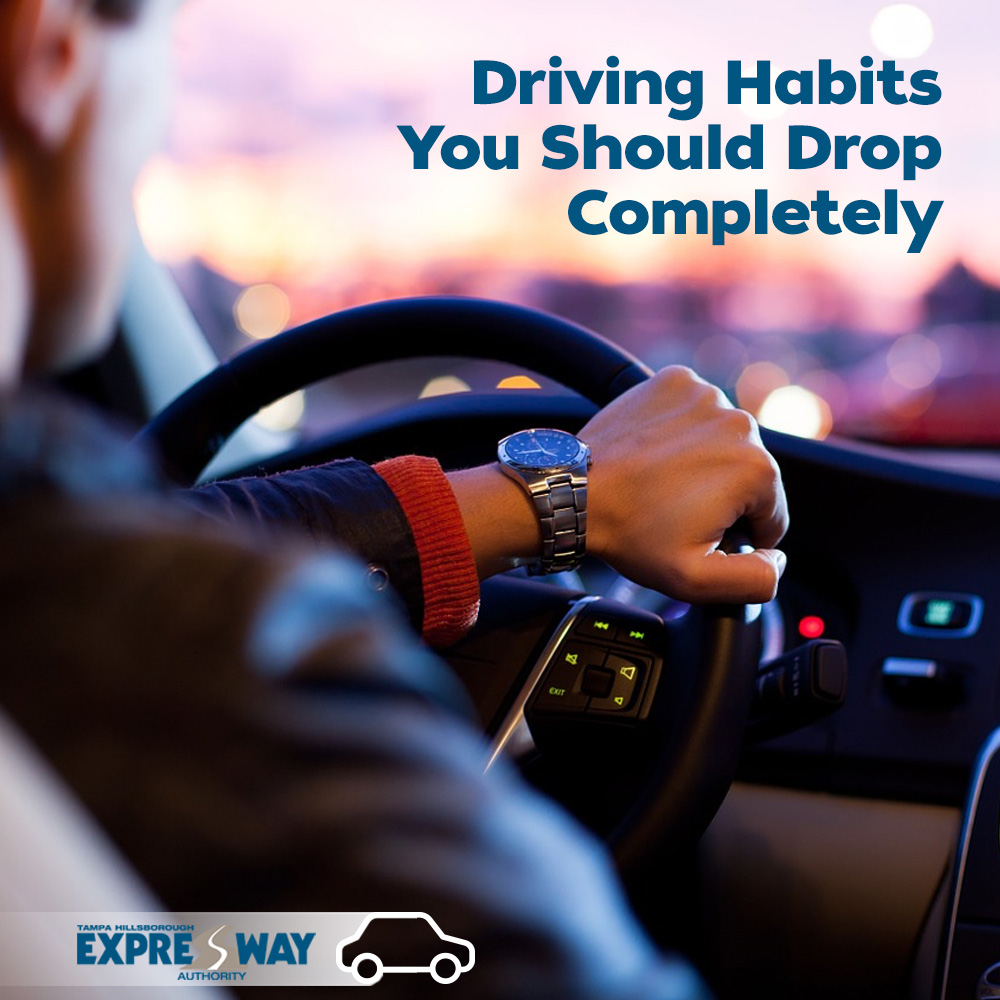 Driving Habits You Should Drop Completely

By its very nature, driving a vehicle is a risky activity. You can be the most conscientious driver in the world, and that still does not guarantee in any way that you can steer clear of road mishaps. Now imagine a person who carries with him or her a lot of bad driving habits. It goes without saying that their chances of getting involved in accidents are much higher than those who drive carefully.

Here are some bad habits that you should drop completely to reduce the risks of road accidents:

When you tailgate or drive too close to the car in front of you, you will likely get into an accident if that car suddenly steps on the brakes.  Aside from the damage to both your cars, you may also get involved in a road rage incident, which is never good for all parties.

Driving is one task that requires utmost concentration at all times. Without a doubt, being tired from work or play can take its toll on your ability to focus. Avoid putting yourself, and other road users, at risk.  Never get behind the wheel when you’re feeling drowsy or exhausted. If you’re already on the road and you feel like closing your eyes, pull over in a safe area and get some rest, even for just a few minutes.

It’s true that most of the newer car models today now have Bluetooth, so making and receiving calls while driving has become easier. However, texting is an entirely different thing, as it requires the driver to take his or her eyes off the road and fiddle with the phone. Texting while driving is distracted driving, which makes them more than twenty times likely to figure in an accident. Don’t text and drive. It’s as simple as that.

Believe it or not, some female drivers put on their lipstick and makeup while behind the wheel. Any sort of grooming, like makeup application or men shaving, while driving is just as bad as texting while driving, so please avoid doing this for the sake of everyone on the road.

Speeding up when the traffic light turns yellow

While accelerating through a solid yellow light is a legal option, it is hardly the safest choice. Drivers would be better off if they slow down and get ready to stop their car before the light turns red. However, some drivers have the bad habit of going for broke when the light turns yellow and face a higher risk of getting involved in a car crash.

These are just some of the bad driving habits that we all should drop completely to avoid mishaps. Some are easy to drop, while others might take some getting used to, and it’s important that we get rid of them before anything untoward happens.

Michelle White currently works as the Marketing & Communications specialist at The Arizona DUI Team. Her experiences with DUI cases in the past have inspired her to spread awareness about DUI laws in the United States.